National Novel Writing Month is November 1-30. I decided to try it again this year and started my usual YA coming of age story written in verse. I didn't have an outline or clear plot and after a few chapters I decided to switch gears. Since I write in verse and have trouble developing plot lines, characters, and dialogue, it might make more sense to write something in the style of Spoon River Anthology. And since it is verse, why not post it on my poetry blog. So, here we go.

Prologue or Introduction - I’m not sure what the difference is:
The library had a banned book display
Complete with police tape.
One of the books looked familiar
So I picked it up and flipped it open.
Spoon River Anthology.
It was poetry,
Instead of being about feelings,
The poems were all about people.
Huh.
So I read the back
And thought, whoa, this is stories about dead people,
Based on some dude walking around the graveyard
Which is kind of creepy.
But instead of writing something boring,
He wrote it like poetry,
Like a song.
Like a bunch of songs and poems
About dead people.
And I liked it.
My mom noticed me reading it.
She went to her bookshelf,
And pulled out her old copy.
I knew it looked familiar!
Sometimes my mom surprises me.
I didn’t think this would have been here style.
She said it was one of her favorite books in high school
And she still opens it up sometimes
And reads a story or two.
I don’t know if I should think that’s cool
Or if I should be worried.
I’ll go with cool.
Probably everyone reads books about dead people.
My mom
Reads the one that’s poetry
That sings
To her and me.

So, here’s my idea.
Because I like to write so much,
My teacher challenged me to write a book.
Fiction.
A novel, he said.
So I started one,
But it wasn’t going anywhere.
I couldn’t figure out what I wanted the plot to be.
I had one main character but couldn’t figure out
The other characters.
That’s what I mean about it not going anywhere.
It was just this girl
Talking in a journal,
About her life,
One day at a time.
Sounds familiar, huh.
Sounds like me,
‘Cause that’s what I do.
Which is why my LA teacher thought I should try writing a novel.
He knows I write.
Every day.
He hasn’t seen anything from my journal
Because I would never share that with anyone!
But I’ve brought in poems
And songs
And shown them to him.
He thinks most of them are pretty good,
And not just for a high school kid.
He thinks a few of them are good,
Period.
And that is really cool.
So, when he suggested I try to write a novel,
I said “Sure, why not.”
And here I am with a novel
That is done after five chapters.
Five short chapters.
It’s not done because I actually wrote a story.
It’s done because I am done with it.
And no one is ever going to see it
Because it is crap.
It’s like my journal,
But instead of being real,
It’s fiction mixed with real thoughts.
Sort of based on me
And my family
And friends
And classmates
And teachers
And pretty much everyone I know
Especially people who annoy me.
Not exactly interesting reading for most people.
And, as I said, no plot.
There is no story.
It’s just words.
Rambling.
More blah, blah, blah
In a blah, blah, blah world.
No one needs more of that.
So I hereby declare it officially done.
Finished.
And if I had printed it
I would now dump it in the recycle bin.
Instead, I will let it live in a folder on my laptop,
And start over.
From the beginning.
New idea.
I’m not touching the old one.
It wasn’t working.
I’m starting a whole new thing.
And it will be my version of Spoon River.
Instead of using gravestones
I’ll take names, gravestone sayings, news stories
Facebook posts,
Whatever, wherever,
And make up people’s names and lives.
This is going to be interesting,
A combination of morbid curiosity
Fiction and my usual thought process.
That means a bit wacky,
And a little bit all over the place.
I’m not good with straight lines.
And researching for this should be way fun.
Pinterest may become my new best friend.

I’m not sure it matters who I start with
And at some point I’ll even come up with
The name of the town and maybe even a county and state.
For now it will be named Anywheresville.
I kind of like that.
Maybe I’ll keep it.

Welcome to Anywheresville.
If you choose to read this book
You will get to know a variety of people
From around the world
Who chose to visit or drive right through
Or live
In Anywheresville.

If you choose to read this book,
You will read verse instead of prose,
Because that is what I write.
That is my preferred means of communication.
That is how I process my life.
And here we go.
Now entering Anywheresville,
It could be anywhere.
It could be everywhere.
This could be you.
on November 10, 2017 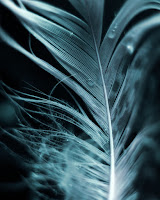